Feature
Everything Goes Dark a Little Further Down
Using his own body as a playground to explore queerness, Matthieu Croizier twists and turns his way through a personal metamorphosis captured in these carefully staged images.

Everything Goes Dark a Little Further Down
Using his own body as a playground to explore queerness, Matthieu Croizier twists and turns his way through a personal metamorphosis captured in these carefully staged images.

At the very beginning of the London-based author Charlie Fox’s 2017 collection of essays This Young Monster, the French symbolist writer Alfred Jarry is quoted. It’s a brief line, but it comes to define the book that follows. It goes: “I call ‘monster’ every original inexhaustible beauty.” Later, it’s the Canadian poet Anne Carson whom the writer draws from, in particular the poignant question she posed in my favourite book, Autobiography of Red: “Are there many little boys who think they are a monster?”

Fox is young—he was just 24 when he wrote this book—and queer, and this book sees him find a deliciousness in both the monstrousness he has often been drawn to without always knowing why, and the monstrousness he saw in himself as a queer boy finding his way in the world. What emerges, in the end, is a cultural romp through slasher movies, the writing of twisted legends such those by Arthur Rimbaud, and the photography of artists including Diane Arbus. It is, you could say, a sort of personal metamorphosis in pictures and in words.

I bring this book up because I couldn’t help but keep thinking of it when I began spending time with the Swiss photographer Matthieu Croizier’s project Everything Goes Dark a Little Further Down. Like Fox, Croizier, who is now 26 years old, was young when this work began spreading from his mind like spiders’ webs and spinning into existence. It was 2019, he tells me, the last year of his Bachelor’s degree at ECAL, and he was searching for a way to explore the idea of monstrosity as the anti-norm.

“I became fascinated by the reappropriation of certain stigmatizing terms such as ‘freak’, ‘queer’ and ‘faggot’ as a form of resistance, and by turning perceived weaknesses into strength,” he says. “That’s what really inspired this project—through it I decided to claim my own monstrosity, and to explore my own queerness.” Growing up in Switzerland, Croizier had come out as gay at 19, and by the time he reached university he was only just beginning to embrace the idea of his queerness beyond that label. It was new for him, and art became both a playground and a language through which to speak about it.

And so, inspired by the imagery and aesthetics of everything from his favourite horror films to “photographers who portrayed outcasts, such as Roger Ballen”, Croizier began making photographs. At first, he started to collect odds and ends around his house and studio to stage scenes in front of his camera, and right from the beginning, he began using his own body in his pictures too. He wasn’t sure where he was going, choosing instead to work intuitively and see where it took him.

“The idea was to build a kind of monstrous show with what I had at hand, in order to highlight that normal and abnormal are only social constructions, and that image plays a role in this,” he explains. “Photography has been an integral part of the construction of the image of monstrosity. From the invention of hysteria in the 19th century to the freak shows, staging was essential, and images were manipulated to play a vital role in reinforcing the norm—they still are today.” That nod towards the utilitarian history of the medium is one of the reasons why photography has been such a useful tool for him in exploring this idea, as well as, he says, its paradoxical duality. “It is always supposed to show reality—or at least that’s what we feel and what we’ve been told—but at the same time it is completely subjective and staged, even just in something as simple as the act of framing.” In other words, conscious or unconscious, every part of the process of photography is a choice.

The images in Everything Goes Dark a Little Further Down are weird and playfully, deliberately perverse. An array of body parts are seen in fragments throughout—torsos appear without arms, feet crush heads, bodies contort, faces melt, brains explode. In one self-portrait, the artist has manipulated the photograph to make his head appear severed but alive, his eyes still alert and staring into the lens. In another, he holds a mannequin, kissing it, and in it that act creates his own, disturbed version of a mirror image—one side flesh and blood, the other soulless plastic.

Elsewhere, Croizier draws a grid across his body in thick, black marker, echoing pictures from the medical and pseudo-scientific archives he spent time devouring for research. “The body is primordial in this work,” he says. “Our own body is the most ordinary thing to each of us, and yet the most secret. Bodies are beautiful, unique and political. In reference to anatomical iconography, I try to deconstruct normative representations of the body, with a view of asking questions such as: to what extent is a body a body? How can it free itself from the norms that constrain it?”

Certain body parts recur a lot in Croizier’s images. Hands and feet, for instance, and eyes and ears too—the parts of us that reach and touch, listen, look, and assess. The parts that connect us to others and the world around us. “You’ll notice that most of the body parts I return to are extremities of the body,” he points out, “and I wanted to try to represent them also as fragments, existing for themselves, without the body they are usually attached to.” The foot, he says, for example, is often seen as one of the least noble parts of the body, and yet it is also one of the most mentioned body parts in psychoanalytic literature (tied, again and again, to both fetish and revulsion). “Therefore, having a foot and a head, which some might say is the most noble part of the body, meeting in one image really interested me,” he says thoughtfully. The corresponding image is tense and wince-inducing, and he’s right: it feels bizarre.

When I ask him about using himself in the pictures, Croizier says that it couldn’t have been any other way for such a personal endeavour. “I was working alone in my apartment, and I was completely free to explore my body,” he says. “It felt great to turn the camera on myself—liberating, even—and I didn’t really expect it, but I loved it. Also, I use an analog camera which means I cannot see what I’m doing, or how it’s gonna look, and that really changes everything, because there is a lot more freedom in being able to let go of self-control in that way.” The images are shot in a mixture of color and black and white which was a choice based, he says, on wanting contrast and a visual sort of friction. He didn’t want his viewers to be lulled into any sort of rhythm or mood—he wanted his images to constantly capsize us, and make us question what we deem as ‘normal’.

In This Young Monster, Fox describes himself as a woozy child who liked to don makeup and watch himself disappear in the mirror. When you look at Croizier’s work, it’s easy to see that his inner world is something of a woozy one too. His actions in these pictures are slow and probing, like the intoxicated conjuring of a strange alternate world, and his reflected face is warped and liquid-like in his pictures. Using his body again and again, he shapeshifts through the images, transforming himself into all sorts of different monsters, revealing all sorts of different parts of himself in the process.

Based in Lausanne, Croizier is now continuing Everything Goes Dark a Little Further Down and working on the book of it, which is due to be published with Mörel Books soon. Elsewhere, a new project is forming in his mind too—a more abstract one, with “distorted and liquified bodies,” he says. That project will, in some ways, be an extension of this first project, because Everything Goes Dark remains, to him, a really formative work. “To me,” he muses, “this work is a celebration of the renunciation of being normal.” It’s a project for anyone who’s ever had the guts to truly, monstrously, fabulously, be themselves. 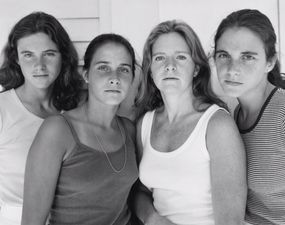 Four Sisters, 40 Years: Nicholas Nixon Video Interview
Nicholas Nixon
Once a year, for 40 years, the Brown sisters have had their portrait taken—listen to the photographer speak about this simple, yet amazing series of photographs. 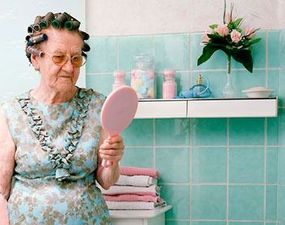 Mutters Schuhe
Nina Röder
Three generations of women from the same family — grandmother, mother and the photographer — all pose in the same clothes and situations, creating a dizzying hall-of-mirrors exploration about memories and life-changing events. 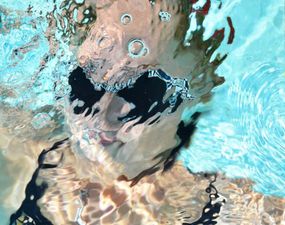 Under the Surface
Dianne Yudelson
“Under the Surface” captures portraits that are fluid, suspended, reflective, fractured and blurred — easily subject to forces of nature and yet buoyant vessels adrift on a voyage of direct  experience — celebrating visible abstraction... 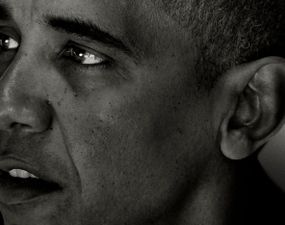 Advice for Portrait Photographers: Learning from Nadav Kander
Nadav Kander
A relentless drive combined with a thoughtfully cultivated humanness—according to the sought-after photographer Nadav Kander, that is what it takes to make your mark in our age of visual glut. 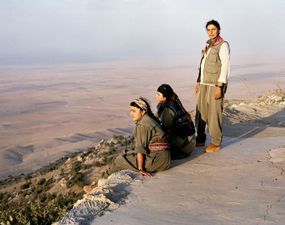 Jin - Jiyan - Azadi: Women, Life, Freedom
Sonja Hamad
“Your last hand grenade is always meant for you.” We interviewed photojournalist Sonja Hamad about her intense experience producing this body of work about the all-female fighting units in Kurdistan. 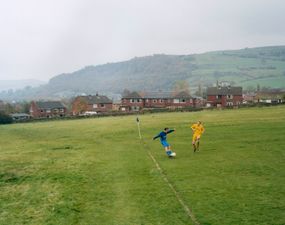 Strange and Familiar: Britain Through the Eyes of the World
Barbican Centre
The work of two dozen photographers, from great names like Frank and Winogrand to lesser-known gems, constitute this fascinating group exhibition, which offers a piercing collective gaze into how the venerable United Kingdom is perceived by those...