Feature
The Art of Filāḥa
A wide-ranging, learned essay and photographic project which investigate the history of agriculture, hearkening back to the day when the practice lay at the heart of “living well”—sadly, so rarely the case today.
Photographs by Tariq Dajani
View Images

The Art of Filāḥa
A wide-ranging, learned essay and photographic project which investigate the history of agriculture, hearkening back to the day when the practice lay at the heart of &#8220;living well&#8221;—sadly, so rarely the case today.

Tariq Dajani’s series “Kitāb al-Filāḥa” is an extraordinary tribute to the Alpujarra region of southern Spain. The Moors who cultivated these lands in the Middle Ages built irrigation canals, terraced the mountainsides, bred sheep and planted orchards there. Now almost entirely forgotten, only the stone ruins scattered along the landscape and the vegetation remains.

Dajani photographs this Moorish legacy in the Alpujarra region with a steward’s eye. The animal bones and fallen chestnuts, the centenarian olive trees, even the low-lying clouds become artifacts, each curated, revered, and carefully displayed as in a cabinet of wonders.

Reverence is central to Dajani’s work. His book, Asil, published in 2013, meditates on the nobility, the soulfulness, and the intelligence of the Arabian horse. Or in his series, “Saqr,” Dajani photographs hunting falcons, another staple of Middle Eastern culture and history. Whether it’s a gray mare or a peregrine falcon, Dajani presents his subject sui generis, revealing in its isolation from habitat an inner sovereignty, as if it were the heir apparent to the crown of its own kingdom.

The same could be said of Dajani’s current project, Kitāb al-Filāḥa. Agriculture these days rarely entails the artistry of stewardship. The essential relation between the Latin ager (field) and cultūra (culture) lingers only in footnotes. The breads of nations are byproducts of combines and crop spray, the inventory of conveyer belts, the exports of franchises. There is very little about twenty-first century agriculture that suggests, as it once did, the art of living well.

Kitāb al-Filāḥa unearths this ancient art. Filāḥa is, in fact, the Arabic word for agriculture, but it also means well-being—a satisfaction not to be had in any other kind of labor, as agrarians going back to Hesiod well understood. The concept of filāḥa is impressive given how rarely pastoral sentiment appears in the agricultural writings of the medieval Moors. Much of that literature depicts nature as something to be subjugated, traversed, and left safely behind. But Andalusia, home to the Alpujarras, was also home to the great agronomist, Ibn al-‘Awwām, who wrote what became in its time the most comprehensive Kitāb al-Filāḥa (Book of Agriculture). Al-‘Awwām’s topics ranged from compost to pest control, from fruit trees to equine medicine. His understanding of Andalusian husbandry, the sheer depth of it, introduced something expressive, something intimate, to what previously had been a descriptive genre.

It was in Andalusia, as well, that something akin to pastoral poetry arose in the verse of Abū Bakr Muḥammad. In his walnut ode, Abū Bakr could have been describing Dajani’s photographs, Walnuts I and II, even the desire “to see” them as Dajani does—or the desire for the walnut’s essence to somehow see us.

Its covering is composed
of two halves so joined
it’s a pleasure to see:
like eyelids closed in sleep.

Cleave it with a knife
and you will say the convex side
is an eye bulging out
straining to see.

A strange, aesthetic sentiment for its time, but the artistry that was born of agriculture in this region changed the agrarian aesthetics of the Spanish Arabic world. ”In its self-sufficiency, its self-conscious manipulation of poetic material and its complete liberation from didacticism, utilitarianism and the idea of profit, and from social and moral issues,” (1) writes Salma Khadra Jayyusi, ”it meets the conditions of ‘Art for Art’s Sake’—all accomplished quietly, with little notion of the significance…” (2)

There is, undoubtedly, a component of l’art pour l’art in these photographs. “I felt compelled,” says Dajani about his series Kitāb al-Filāḥa, “to explore this history visually…I was not interested in a documentary perspective, rather an artistic interpretation that would allow free imagination and feelings.” (3)

Indeed, Dajani’s still life photographs have as much in common with the still life paintings of Juan Sanchez Cotán as they do the history of the Alpujarras. But by isolating his subjects from the places they were found, Danjani conjures what was originally sacrosanct about them.

In his picture “Farmhouse Ruin,” for instance, we see almost every stone individually. Very little is obscured, so that, like a cairn, the farmhouse translates into a sacred act of cultivation. In the nineteenth century, tourists made pilgrimages to ruins as monuments—reminders of what once was good but is now made perfect through its ascendency to art. We are reminded, in images like “Bread Oven,” of how meaningful the everyday placement of a stone, the kindling of a fire, and the baking of the bread can, and should, be.

The Kitāb al-Filāḥa, that ancient DIY guide to good work on good earth, is worth returning to. Few photographers convince me more of this fact than Dajani and his beautiful homage.

Collier Brown is the editor of The Od Review, a place to discover the stories of established and emerging photographic talents alike. 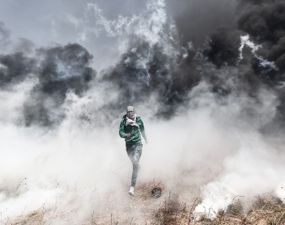 Palestinian Rights of Return Protests
Mustafa Hassona
For over a year, Palestinian protestors have demonstrated together at the Gaza Strip to demand their right to return to the land from which they were forcefully displaced. 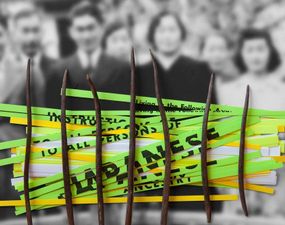 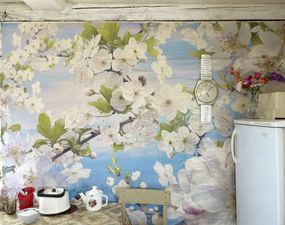 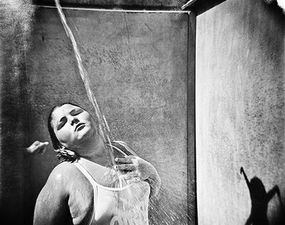 Love Has to Be Reinvented
Alexander Strecker
Photography as poetry, memories, dreams and detailed episodes of a second life lived in the unconscious. 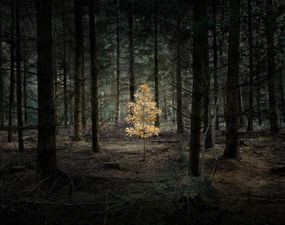 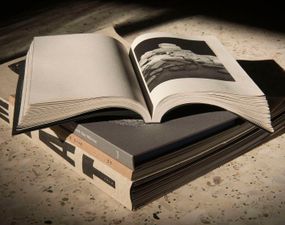 Into the Void
Void Photo
Created just three years ago, independent publishing house Void has quickly established a singular, gritty vision that speaks to the shared interests and passions of its founders.